ResMed’s executive team is committed to the highest standards of ethics and professional integrity, translating to great partnerships with our customers, our suppliers, and with our global ResMed team. Our friendly, smart and dynamic executive team is dedicated to providing the right solutions with the right results, every time. 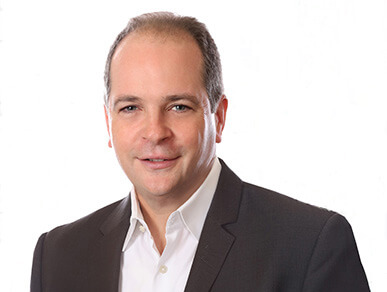 Michael “Mick” Farrell was appointed ResMed’s CEO and has served as a director since March 2013. He joined the company in 2000, serving as president of the Americas region from 2011 to 2013, senior vice president of the global sleep apnea business unit from 2007 to 2011, and various senior roles in marketing and business development.

Mick serves on the board of directors of ResMed, the Advanced Medical Technology Association (AdvaMed) and Zimmer Biomet (NYSE: ZBH), a multibillion dollar public company that provides implantable musculoskeletal medical devices for patients globally. He is also a member of two committees at Zimmer Biomet: nominating and governance as well as compensation and management development. He also volunteers as a trustee for non-profit organizations: UC San Diego Foundation, Rady Children’s Hospital, and Father Joe’s Villages’ project for the homeless in San Diego, California.

Mick holds a bachelor of engineering with first-class honors from the University of New South Wales, a Master of Science in chemical engineering from the Massachusetts Institute of Technology, and a Master of Business Administration from the MIT Sloan School of Management. 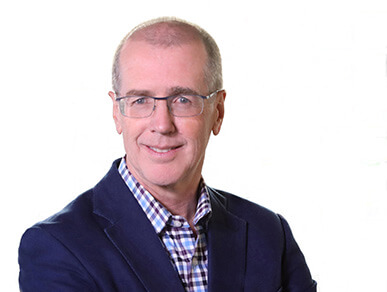 Robert Douglas was appointed ResMed’s president in March 2013 and chief operating officer in September 2011; together with ResMed chief executive officer, Mick Farrell, he holds full operational responsibility for ResMed and its subsidiaries.

Rob has a Master of Business Administration from Macquarie University, a bachelor’s in electrical engineering with first-class honors, and a Bachelor of Science in computer sciences from the University of New South Wales, Sydney. 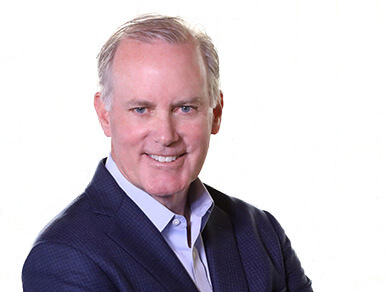 David Pendarvis was appointed Chief Administrative Officer and Global General Counsel in May 2011. In addition to those roles, he served as Interim President for ResMed’s EMEA and Japan regions from March to August 2017. He joined ResMed as Global General Counsel in September 2002, and has been Corporate Secretary since February 2003. From 2005 to 2011, he served as senior Vice President of Organisational Development.

Before joining ResMed, David was a partner in the law firm Gray Cary Ware & Freidenrich LLP from 2000 to 2002, where he specialised in intellectual property and general business litigation. From 1986 to 2000, he was a partner at Gibson, Dunn & Crutcher LLP. From 1984 to 1986, he was a law clerk to the Hon. J. Lawrence Irving, US District Judge, Southern District of California. 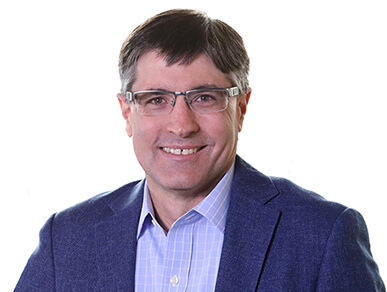 Brett Sandercock was appointed chief financial officer in January 2006. Previously, he served as ResMed’s vice president of Treasury and Finance from November 2004 until December 2005, and group accountant and controller from 1998 to 2004.

Before joining ResMed, Brett was manager of Financial Accounting and Group Reporting at Norton Abrasives, a division of Saint-Gobain, a French multinational corporation, from 1996 to 1998. He also held finance and accounting roles from 1994 to 1996 at Health Care of Australia, a large private hospital operator. From 1989 to 1994, he worked at Pricewaterhouse Coopers in Sydney, specializing in audits of clients across distribution and manufacturing, financial services, technology, and other industries.

Brett holds a bachelor’s in economics from Macquarie University in Sydney, and is a Certified Chartered Accountant. 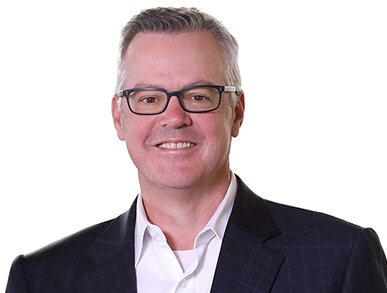 Jim Hollingshead was appointed president of ResMed’s Sleep and Respiratory Care business in June 2020, an extension of his role as president of Sleep, which he’s held since July 2017. He previously served as president of the company’s Americas region, beginning in March 2013. He joined the company in 2010 as vice president of Strategy and Business Development. In 2011, his role was expanded to include the leadership of ResMed’s Ventures and Initiatives unit, responsible for growing early-stage businesses.

An industry leader in digital health, Jim helped create and execute ResMed’s strategy to transform its business – and the sleep therapy industry – by introducing built-in communications on all of its sleep apnoea devices, coupled with cloud-based business process automation applications that help customers grow revenues while also cutting costs. Under Jim’s leadership in the Americas region, ResMed launched the Air10™ Series of cloud-connected CPAP machines, which led to rapid share gains and unprecedented adoption of its SaaS platforms. As a result, ResMed is the world leader in CPAP machines and masks, with an expanding portfolio of sleep and respiratory care device- and SaaS-based offerings for both patients and healthcare providers.

Before joining ResMed, Jim spent 18 years in strategy consulting, where he worked with senior executives across a wide range of industries, mainly biotech, high tech and telecommunications. From 2008 to 2010, he was a senior partner in the Strategy and Life Sciences practices at Deloitte Consulting, based in San Francisco.

Before that, Jim was West Coast managing partner for Monitor Group, a leading global strategy consulting firm, working in various offices around the world and successfully launching and running three different practices, including a London-based pan-European marketing strategy practice.

Jim holds a Bachelor of Arts in history and international relations with Highest Distinction from Stanford University, and a master’s and Ph.D in political science from the University of California at Berkeley, where he was awarded a graduate student Fellowship by the National Science Foundation. 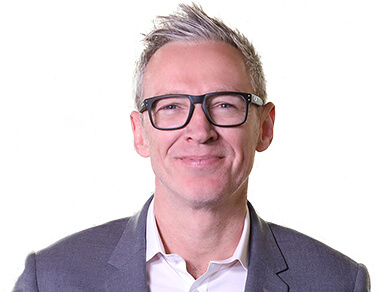 Richie McHale was appointed chief transformation officer in June 2020. He previously served as president of ResMed’s Respiratory Care business, beginning in July 2017, the company’s chief human resources officer, beginning in November 2013, and director of its United Kingdom business team when he joined the company in 2011.

Richie has 25 years’ experience in the life sciences sector, working primarily in commercial roles within pharmaceutical, biotechnology and medical technology companies. Prior to joining ResMed, he was managing director of UCB Pharma’s United Kingdom and Ireland business units. He also served as chair of the European Medicines Group and a member of the Board of Management for the Association of British Pharmaceutical Industry (ABPI). 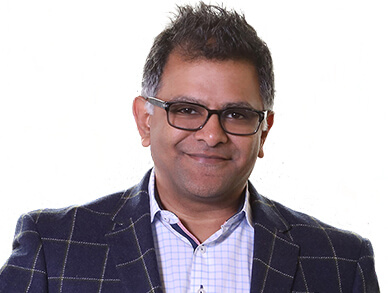 Raj Sodhi was appointed president of ResMed’s software as a service (SaaS) business in July 2017, adding to his current role as president of Healthcare Informatics, which he was appointed to in 2014. He was previously vice president of the global Healthcare Informatics team, helping build ResMed’s HI strength and leading to its current standing as the world’s leading company in remote patient monitoring, with an expanding portfolio of device- and SaaS-based offerings. He joined ResMed in 2012 through the acquisition of Umbian Inc. of which he was co-founder and president.

Before ResMed and Umbian, Raj worked in the financial services industry, designing, developing and managing SaaS solutions. He was senior vice president of Business Development and chief technology officer for Skipjack Financial Services from 2005 to 2009, and co-founder and chief technology officer of TransActive Ecommerce Solutions from 2000 to 2005.

Raj holds a Master of Business Administration and a Bachelor of Science in mathematics and statistics from Dalhousie University in Halifax, Nova Scotia. 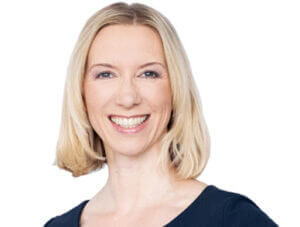 Katrin Pucknat was appointed ResMed’s President in Germany in November 2018, leading the umbrella organization ResMed Germany Inc, whose subsidiaries are ResMed Healthcare (ResMed GmbH & Co. KG and ResMed Medizintechnik GmbH) and the specialist trade business of ResMed Deutschland GmbH. Previously, she was CEO of ResMed Healthcare Germany since July 2016, and she has been a member of ResMed’s global management team since 2017.
Katrin has held various European leadership roles in ResMed, dating back to 2010. Previously, she was vice president of EMEA/APAC Business Transformation, responsible for patient service, branch offices, direct sales, and the development of new concepts in ventilation. As director of European Marketing, Sleep & Diagnostics, she was responsible for the sleep-related respiratory disorders business in Europe.
Prior to joining ResMed, Katrin held senior marketing positions in the United States and Europe. She has over 20 years’ experience in the medical device industry with a focus on marketing, communications, business innovation, and business development. She holds a bachelor’s degree in business and marketing. 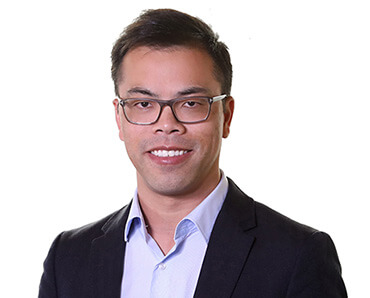 Before joining ResMed, Justin was a director at London-based investment firm HgCapital from 2006 to 2012, responsible for acquisitions and portfolio management, and serving on the board of directors of several European healthcare companies. From 1999 to 2004, he was a management consultant with Bain & Co. in Sydney, Boston and New York, where he advised clients on growth strategies, operational improvement projects, mergers and acquisitions.

Justin holds a Bachelor of Commerce and a Bachelor of Laws from the University of New South Wales, Sydney, and a Master of Business Administration from the Harvard Business School. 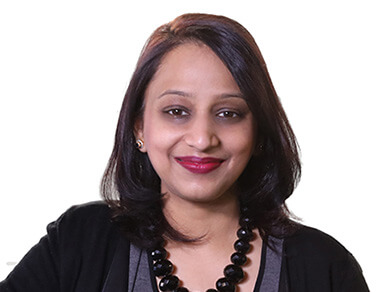 Nupur Bhushan was appointed ResMed’s chief human resources officer in July 2017, and is responsible for linking ResMed’s employee and corporate strategies across 100 countries and more than 6,000 employees. She has 17 years of HR experience in the high tech and life sciences industries across multiple geographies and cultures. Previously, she served as ResMed’s vice president of Global Reward and Mobility.

Prior to joining ResMed in 2014, Nupur was IBM’s Asia-Pacific Compensation & Benefits Director, responsible for reward strategy and design across 15 countries and 45,000 employees. She also served as a trustee director on the IBM Superannuation Fund.

Nupur has a Master of Business Administration in Human Resources from The Goa Institute of Management in Goa, India, and a bachelor’s degree in chemistry from Delhi University, India. 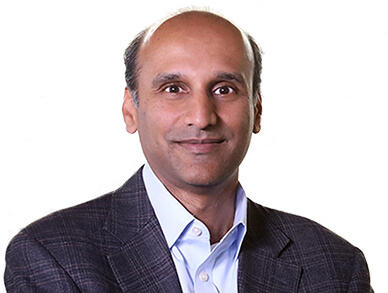 Prior to joining ResMed, Hemanth was a strategy consultant for 14 years, advising on a range of issues including corporate strategy, business unit strategy, portfolio strategy, and inorganic growth strategy across consumer products, high tech, biotech and other industries. He was most recently a principal with Monitor Deloitte, Deloitte Consulting’s Strategy practice, co-leading its San Francisco office. Prior to Deloitte, he was a partner with Monitor Group where he co-led corporate finance activities in North America and shared leadership responsibility for Monitor’s Mergers & Acquisitions advisory practice. Before Monitor Group, he was an investment banker with Donaldson, Lufkin & Jenrette (DLJ) in New York, where he advised clients in structuring and executing debt and equity offerings, as well as private equity transactions.

Hemanth holds a Master of Business Administration in Finance, Strategy and Marketing from Northwestern University’s Kellogg School of Management and a bachelor’s in computer science from Cornell University’s College of Engineering. 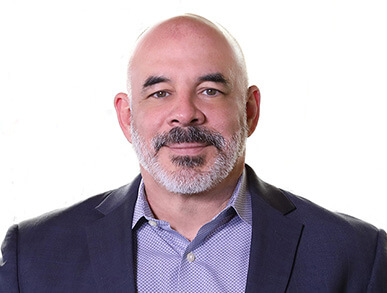 Carlos M. Nunez, M.D., was appointed ResMed’s chief medical officer in January 2017. Prior to joining ResMed, he was senior vice president of Medical Affairs at Becton, Dickinson and Company, leading the Office of Science, Medicine and Technology for its largest division. Before that, he was chief medical officer at CareFusion, where he built and led a global team that provided company-wide medical oversight.

Before working in the medtech industry, Carlos was a practicing anesthesiologist, intensivist and hospitalist; director of critical care research, informatics and analytics; and the Duke University educational affiliation at Carolinas Medical Center NorthEast.

Carlos received his medical doctorate from the University of Miami School of Medicine, where he also completed his postgraduate training in anesthesiology, critical care medicine and clinical research. 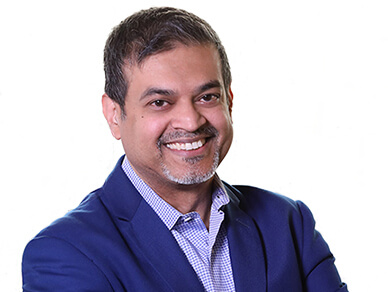 Bobby Ghoshal was appointed as chief technology officer (CTO) for ResMed in April 2018. He previously served as chief operating officer for Brightree, a ResMed-owned provider of cloud-based software-as-a-service for out-of-hospital care: delivering improved clinical and business performance for homecare customers. Prior to that Bobby led the information technology function for the US, Canada, and Latin America commercial teams, driving adoption of digital platforms and data analytics across the enterprise.

Bobby holds a Master of Business Administration degree from Arizona State University and a bachelor’s degree in electronics engineering and telecommunications from the National Institute of Technology (NIT) in Calicut, India. 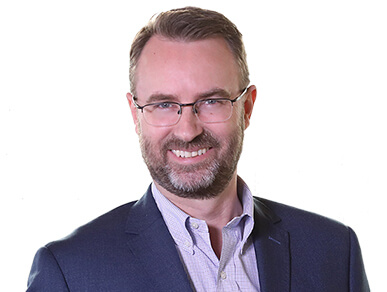 Prior to joining ResMed, Andrew held product development roles at Sunbeam, a consumer appliances manufacturer, and Aristocrat Leisure Industries, one of the world’s leading providers of gaming solutions.

Andrew graduated from the Advanced Management Program (AMP) at the INSEAD International Business School in Singapore, holds a bachelor’s degree with honors in industrial design from the University of Technology, Sydney, and is a Lean Six Sigma Green Belt.